Why the “Made in the EU” label can be misleading

The fast fashion industry is dependent on cheap labour and low manufacturing costs, which is why our clothes, with a few exceptions, are produced in Asia. However, with an increasing focus on social and environmental sustainability, a growing number of consumers are looking for more locally produced clothes. Unlike the clothes produced in Asia, those produced in the EU are manufactured in countries where national laws protect workers rights and ensure a certain level of environmental consideration. Thus, there is a trend that clothes sold in Europe are also being manufactured in Europe.

Speaking of product origin, it is much easier to determine where, e.g. a tomato comes from, than to determine the origin of a piece of clothing. The complicating factor is that clothes consist of different elements and often also accessories, and may therefore undergo several manufacturing stages across several countries and even continents. A label of origin, such as “Made in EU” does not always tell the whole story about where your clothes come from.

This article will give you an understanding why “Made in EU” does not mean what you might think and how the apparel supply chain makes everything more complicated than it might seem at a first glance. Lastly, we´ll provide you with recommendations and things you should be aware of as a consumer, employee in the industry or if you are working on a political level.

First, let us introduce you to the technical part. It’s short, so hang in there.

The EU commission differentiates between two scenarios when it comes to rules of origin; There are so called “wholly obtained” products, and products that have undergone a “last substantial transformation”.

If all parts of a piece of clothing are made in one country alone – which is quite rare – it is classified as a “wholly obtained” product. In this case, the manufacturer can freely choose whether to give it a national label – e.g. ‘Made in Germany’  – or a ‘Made in the EU’ label.

If a piece of clothing was produced and/or put together in two or more EU countries, it can carry a ‘Made in the EU’ label.

However, certain rules apply, once the manufacturing involves a non-EU country. The item can carry a “Made in EU” label if the product’s last substantial transformation took place in an EU country. A ‘substantial transformation’ must result in a new product or represent an important stage of the manufacturing process. This could be sewing the piece of clothing together. A smaller detail, like sewing on buttons or adding shoelaces, does not qualify as ‘substantial’.

While criteria for ‘substantial transformation’ exist, it can still be vague, which can create problems.

In 2009, the news agency Reuters found that factories across Serbia, Albania, Bosnia and Macedonia sew and assemble clothing sold abroad, bearing tags that said the clothing is made in the EU, or a member country such as Greece or Italy”. In one of the cases investigated, a small Albanian factory received an order from Greece, which supplied them with the material, the model design and the labels. These operations were in accordance with the labelling laws at that time.

It is a legal loophole that allows manufacturers to cut production costs, as labour in the above mentioned countries is cheaper and fewer responsibilities to uphold rights. According to our research, similar stories have not been reported recently – but this does not mean that the practice is not ongoing – it may just not have reached the news.

The EU labelling rules were updated in 2015, but despite having conducted research on this matter, we do not know whether similar loopholes still exist. Finding out may be increasingly relevant, as more and more socially conscious consumers request clothes that are “made in the EU” on ethical and environmental grounds.

The complexity of supply chains

The difficulty of determining the origin of a piece of clothing lies in the complexity of the supply chain.  As the illustrations below visualise these journeys, showing just how many manufacturing stages a garment can go through. The vast majority of these can be outside an EU country, and still, according to law, being classified as “made in the EU”.

Looking at the production stages of a cotton T-shirt, all stages up to “the cloth being cut into pieces”, can take place outside of the EU. Thus, the ‘last substantial transformation’ in this journey is when the pieces are sewn together. The same applies to a t-shirt made out of polyester.

It means that the cotton can be harvested in, e.g. India and the oil for making polyester can be extracted from Iran. The actual material – whether made out of cotton or polyester – can, according to the labelling rules, be produced outside of the EU, while still wearing a “made in EU” tag as long as the last part is made within the Union. That the components for our clothes are made in various countries is not necessarily a bad thing. However, for a consumer, it is easy to believe that many more of the steps happen inside the Union, when looking at the label.

Since “Made in the EU” has become somewhat an indicator of better working conditions and responsible management of resources, it is worth paying attention to these rules.

Quite a few of the labour processes prior to the “substantial transformation” are quite labour intensive (harvesting cotton, extracting oil, spinning and ginning yarn) and can have a negative impact on both the surrounding environment and the climate.

In short, whilst the thought behind the “Made in EU” label is a move towards a more socially and environmentally conscious direction, it does not actually guarantee that protections for the environment, or against human rights violations, are in place in all stages of production. 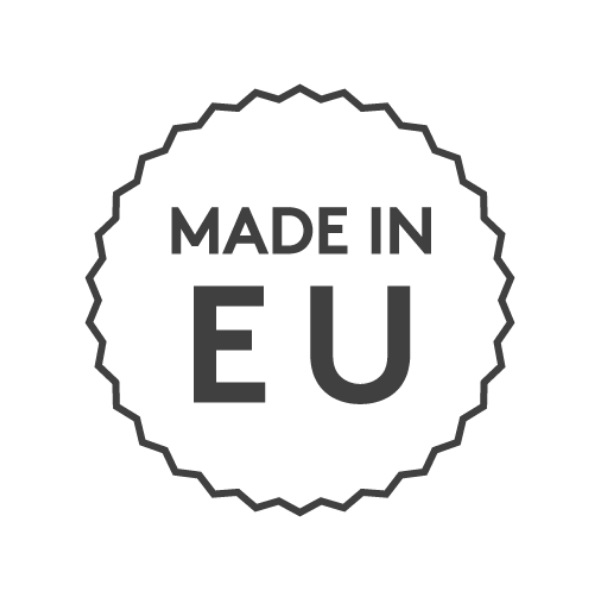 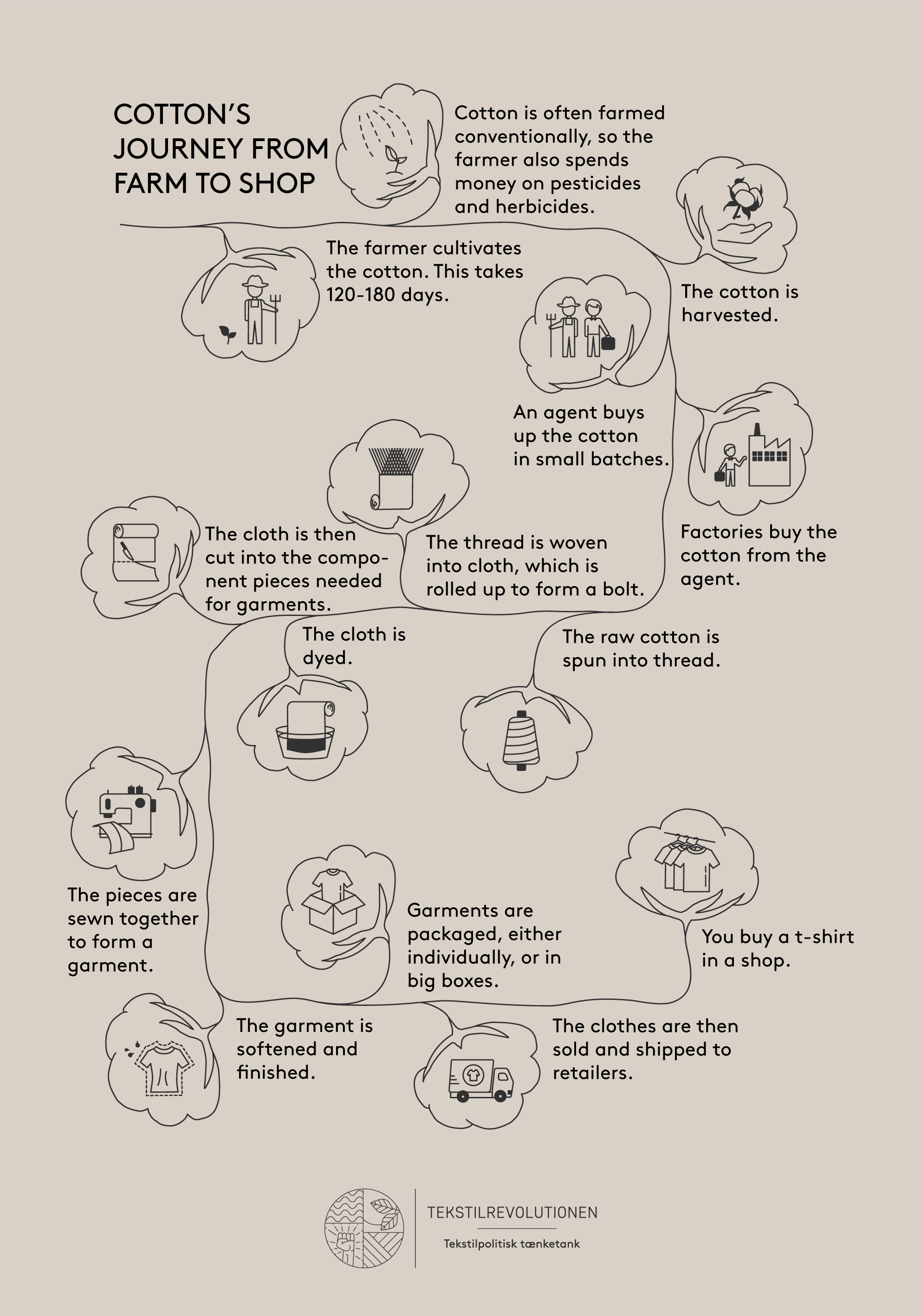 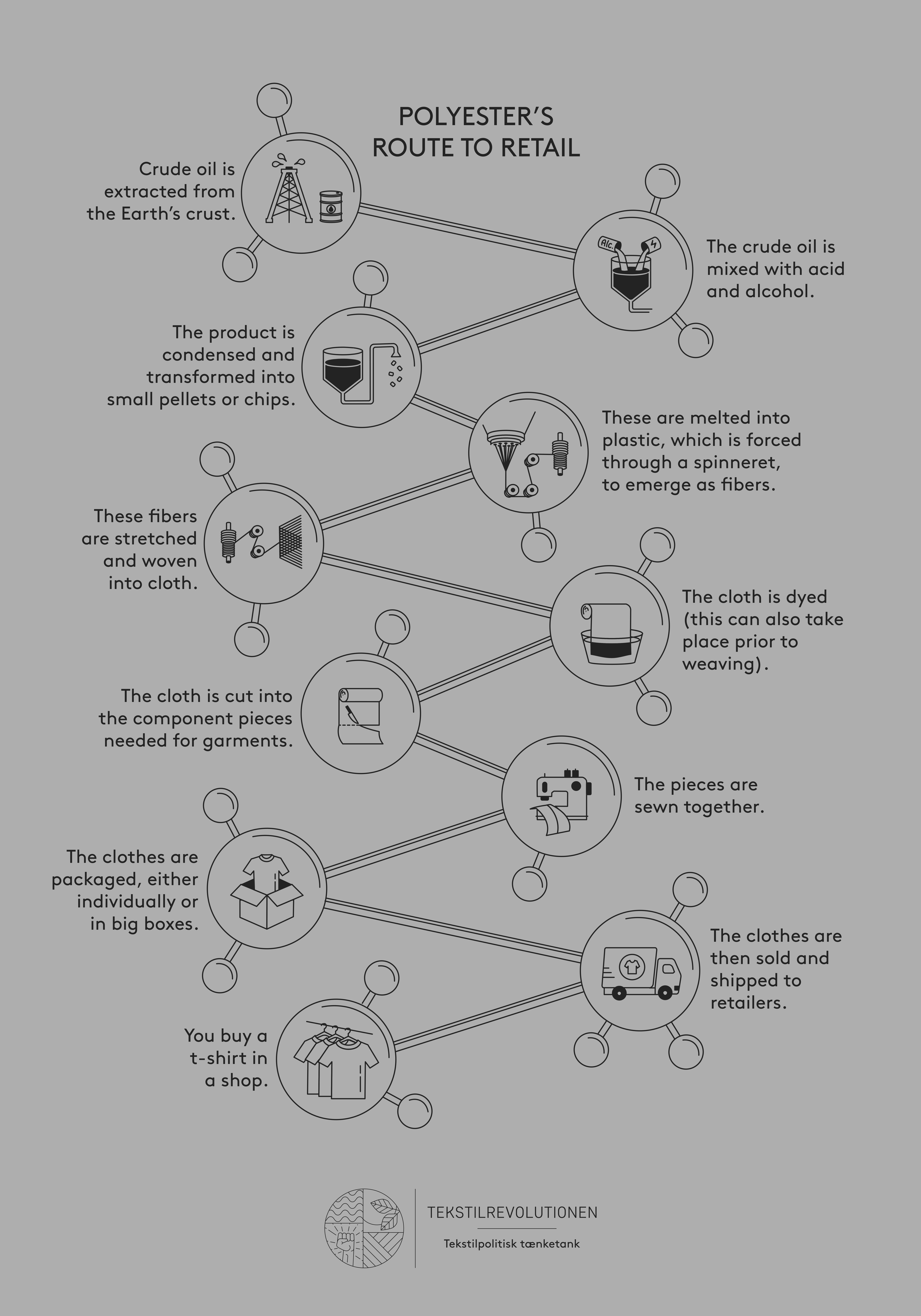 A lot of information – small labels

One issue with the current labels of origin, is that they don’t provide the consumer with much context. The challenge lies in fitting enough information about all the conditions under which the garment was made, onto the very small area of a label.

A practical compromise could be to list the countries of the most common stages of production: e.g. where the cotton is from, where it was ginned, spun, dyed, cut and sewn. This could help make consumers aware of the whole supply chain, without going into depth.

As consumers, we need to know where clothes originate from if we are to use our purchasing power to encourage more ethical and sustainable practices on the part of those who produce them. While the “Made in EU” label indicates that a substantial part of a product has been manufactured in an EU country, there is still a lot we don’t know. Hence, the need for more transparency in supply chains. This can be addressed on different levels, by different stakeholders.

Brands need support, as well as pressure, to encourage them to disclose information about their manufacturing process. This can be done by promoting transparency in the supply chain and creating economic incentives for developing and using technological tools that help find and unveil information about the production.

Disclose the journey of your product, so that consumers get a better understanding of your product and where it originates from. Making information about the different production stages visible and easily accessible is the first step towards a more sustainable business model. As our survey shows, it creates trust and a more loyal customer base.

Consumers: Ask questions about the origin

To speed up the process of brands disclosing information, you can ask questions about the origin of the products you buy. Knowing that clothes carrying a “Made in EU” label might have zippers or buttons that do not originate from an EU country, gives you more power and the legitimacy to ask more specific questions. Find out where the different pieces are manufactured and put together. By showing an interest, you can influence the brand to work on its transparency agenda.